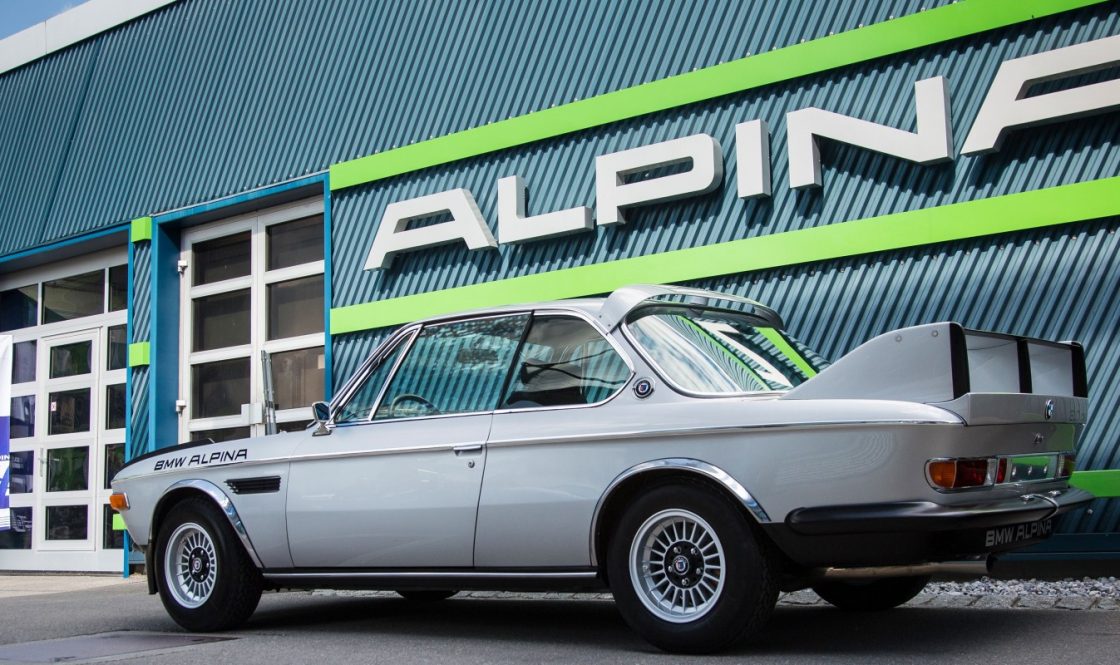 We’re about to introduce a BMW Alpina for sale, and that got us thinking about the heritage of the Alpina name.

Although BMW’s M Division hogs the print space when it comes to German performance cars and the media, by rights it was Alpina who got there first… Alpina badged road cars were available two years before the M1 and four years before the M535i.

Understanding the back catalogue of Alpina cars can quickly become confusing when you’re looking for a BMW Alpina for sale.

With this in mind, we’ve put together the ultimate Collectors Guide to BMW Alpina Cars.

For the collector, the cars in the lists below are all highly desirable but finding good quality low mileage vehicles is getting difficult. Many cars were destined for Japan, and these are now finding their way into Europe.

Which would you choose…? Have you got a BMW Alpina for sale, or are you looking to buy one? Do get in touch to discuss.

With the introduction of the E30 the Alpina name grew, with an expanded offering covering all body styles.

Through the E36 and E46 generations, the Alpina name continued to thrive and levels of luxury increased.

The one to buy: Any of the early ones, if you can find them… Late model Touring’s make great cars, 2.7 engine is a peach 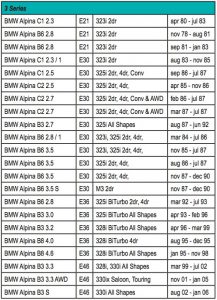 The BMW 5 Series is the all-time-great saloon car, so the smoother, more luxurious, more refined and more exclusive Alpina editions are always sought after by collectors. There’s a wide range of models to choose from, but that doesn’t translate to masses of choice in the marketplace – these cars are rare, and finding good ones is extremely difficult. The fact that the engines could stand high mileage and abuse meant that they often did.

The one to buy: Honestly, any of them, but it’s hard to beat the iconic lines of the E28 5 Series shape. 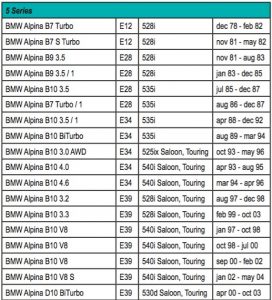 The ‘Sharknose’ 6 Series is the car many people think of when the term ‘collectable BMW’ is mentioned. In recent years these cars have rocketed in price. Great cars are six figures.

The one to buy: It doesn’t matter too much but an E24 6 Series has to be BLACK…

Big, super luxurious saloon cars don’t come much better than the BMW 7 Series with an Alpina touch. Huge engines, intimidating looks and all the power. There’s a lot to love with a Alpina B11 or B12. Many, many of these later ones ended up in Japan and are now starting to return to Europe. Expect massive spec and don’t expect to find two the same.

Only around 150 of these 8 Series based Alpina models were produced, making them incredibly rare. There are some fantastic colour schemes found with these cars. We love a deep purple, but so long as it’s a dark colour then you can’t go wrong with an E31 8 Series.

The one to buy: Obviously we’re going to say the 5.7 litre but honestly, just buy the one you like and enjoy it

Have you got a BMW Alpina for sale, or are you looking to buy one? Do get in touch to discuss.

Thanks for reading our blog. If you’ve spotted an error, or have some other BMW Alpina related knowledge that you think needs adding to this blog post, by all means let us know in the comments!