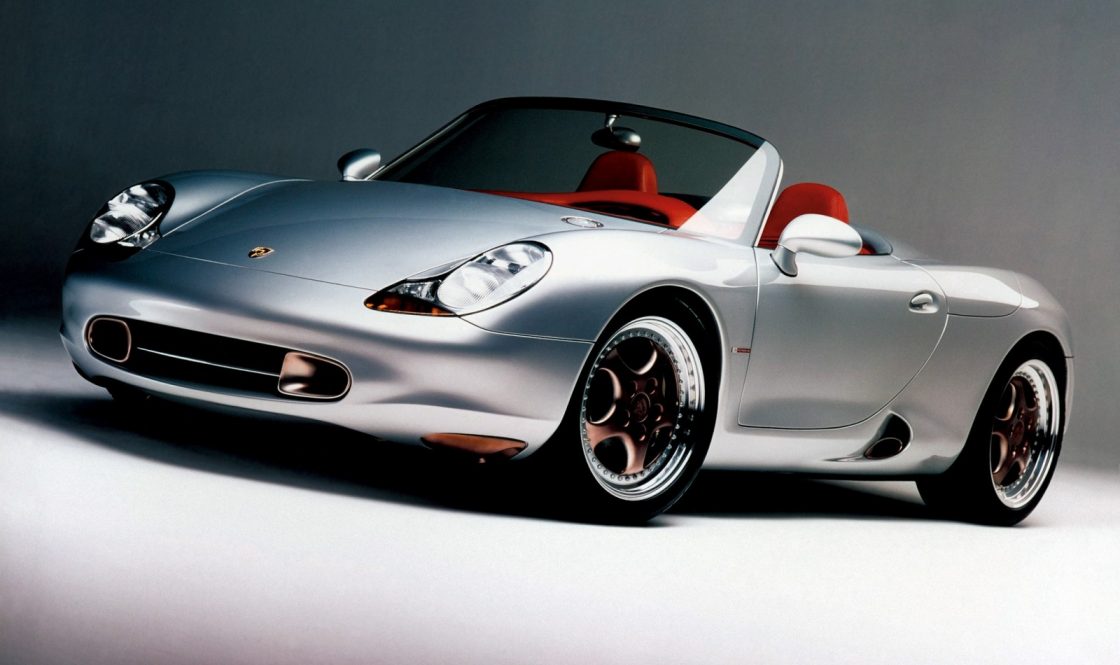 What did raise a few eyebrows was just how close to the final specification of an entry-level 911 Carrera the top-model Cayman, the S, actually proved to be….
– Autocar

The Porsche Cayman (987) first arrived fifteen years ago, way back in 2005, but for the proper context we need to take a look at where the Boxster came from.

Back in 1993 Porsche showed us the Boxster Concept, an homage to the 356. The motoring press went wild, and the production version was ready before the 996 911… Porsche’s first water-cooled 911. If ditching the air cooled engine and introducing a topless younger brother (sister?!) to the range wasn’t enough to seriously erk the Porsche purists, then the fact that the Boxster was an instant sales success certainly did.

Available as a 2.5 litre, 2.7 litre or more muscular 3.2 litre ’S’, the Boxster was great to drive and great to look at, and most importantly, nothing at all like the Porsche 924… Apart from the fact that it immediately inherited the nickname allocated to the 924, with 911 aficionados dubbing the Boxster the ‘poor man’s Porsche’. This wasn’t the only nickname allocated to what was in fact a very capable and perfectly thrilling sports car. Although it was adored by the motoring press, it was certainly not free of the same motoring-journalist-dogma that hampered the Audi RS4 Convertible we currently have for sale. The Boxster MK1 (986) was destined to be the hair dressers car, despite the meaty engines and excellent balance, and it struggled to shake the image until… the second generation arrived.

In 2004 the world was introduced to the replacement for it’s favourite two seat sports car. This was just two years after BMW had replaced the gorgeous and rather outlandish Z3 with the much more Germanic Z4; and the same year that Mercedes-Benz would replace the delicate and simple R170 SLK with the ‘new and much more serious’ R171 SLK. Competition in this sector was hotting up – it had to, because since 1998 Audi had been running away with all the customers since the arrival of the first TT. More on that another day.

The Boxster 987 did away with the 2.5 litre engine, with the 2.7 litre becoming the introductory model. Just like the Boxster 986 before it, the one to own was the S model, with the sublime 3.4 litre unit pushing almost 280bhp. From 2007 the S got a few more beans, upping the power to 291bhp giving it a 0-60 time with a manual gearbox of just 5.4 seconds.

If You Liked It Then You Shoulda Put A Roof On It:

After the public first saw the car in 2005, the ‘Boxster Coupe or Hardtop Hatchback’ reached showrooms in the summer of 2006. Using the same engines as the Boxster, the Cayman and Cayman S were instant hits, with the Cayman S proving quite the driver’s car.

Would be Audi TT customers and potential 911 buyers were stopped in their tracks by Porsche’s crocodilian. (g’day).

Why you should definitely buy a Porsche Cayman S:

The 987 Cayman was the first ‘baby Porsche’ to be taken seriously, but anyone who’s driven one properly will attest that they are quite the package. The 3.4 litre engine offers usable performance that’s not instantly license-losing like some of the 996s (particularly the Turbo) of the time. A Cayman S is a car that can be driven every day, and will offer impeccable handling whilst never failing to pin a grin on your face.

Strap yourself into a Cayman S and accelerate hard through the gears, it’s a raw, engaging, almost old fashioned sort of experience that will have you giggling like a small boy. One shouldn’t think of the Cayman S as a diluted 911, it’s more like an Audi TT with a double shot… and when it comes to handling, the TT sort of set the benchmark. Just don’t tell 911 owners.

Want one? We’ve got a Porsche Cayman S for sale.