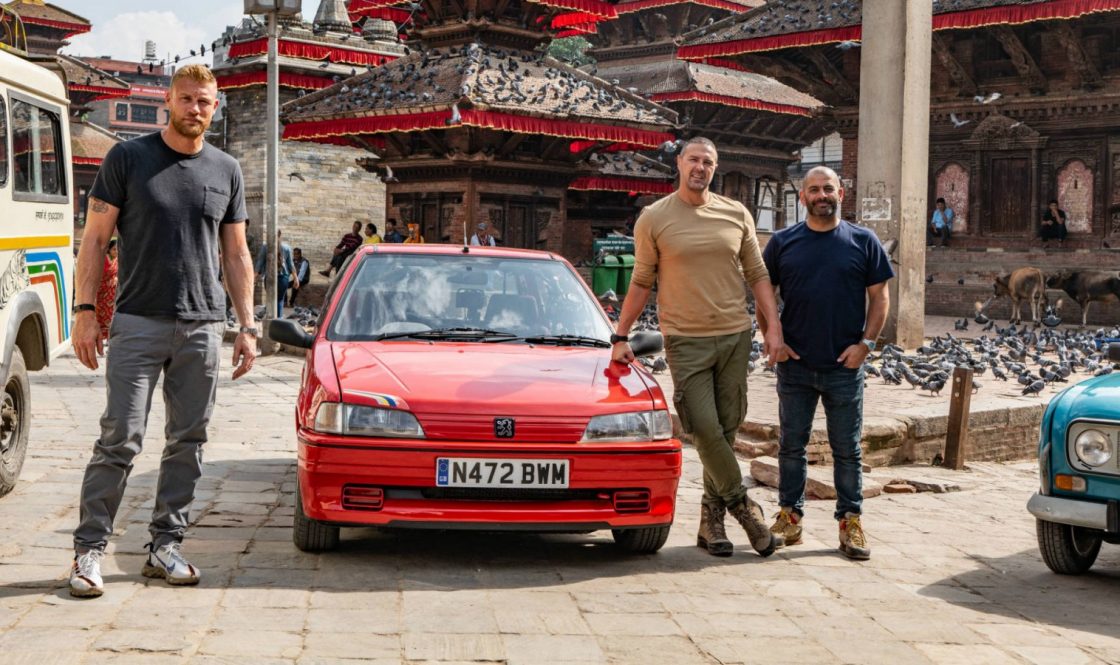 In a recent episode of BBC Top Gear, Chris Harris, Paddy McGuinness and Freddie Flintoff took three old cars on an adventure through Nepal. This was by no means the first time that Top Gear had bought and trashed old cars purely for our entertainment; but Paddy’s Peugeot 106 Rallye was a bridge too far for the internet.

After spending an hour watching the trio gradually destroy the little Peugeot, angry viewers took to the internet to complain.

Various posts from around the web ranged from ‘no one cares’ to ‘they should be hung’ and everything in between.

Here at Wizard Classics we are huge fans of the 106 Rallye, we’ve sourced a number of these cars for customers and have one for sale at the moment… So we wanted to summarise some thoughts on the debate.

The Peugeot 106 Rallye used in Top Gear wore the plate N472BWM, and a quick check of the MOT history proves that it had covered more than 160,000 miles. Advisories over the last few years include an oil leak, plenty of rust, subframe issues, emissions issues and the odd fuel leak – enough to doom most high mileage cars. In the film it’s mentioned that the purchase price was £3,500, which 106 Rallye afficionados will know is bottom-dollar for these rare hot-hatches.

So what we have here is a far-from-mint example with too many miles for a collector. It might be a rare car but this one wasn’t exactly destined for Salon Prive…

Most of the comments that followed the thread agreed that the car should have been given a dignified retirement and not abused in the way it was.

As a homologation special, this car was built so that the manufacturer could go and hoon down dirt tracks at great speed in pursuit of glory. So why do we get so worked up when cars are used exactly as the manufacturer intended?

Let’s say that Top Gear hadn’t used a 160k miler but instead sourced and immaculate car that had been in air conditioned storage since new. Would that be wanton destruction or would it be an act of love?

Think of it this way… How do you feel watching a nature documentary when that big cat who was raised in captivity is released into the wild and tastes the wilderness for the first time? It looks great doesn’t it! We aren’t going online and saying ‘that was a rare cat, you should have stuffed it and put it on display so it didn’t get injured’.

Let’s say your mate goes out and buys a brand new car, covers it in bubble wrap and parks it in underground storage. Is he a legend or an idiot? In real life, he probably is an idiot. Down the pub you’d all be telling him to go and use it… And yet when a car pops up at auction that’s done 2,000 miles in 40 years the internet erupts in awe. Just remember, 40 years ago, someone thought the first owner was an idiot.

Does it matter that Top Gear destroyed a car that was 1 of only 1000 UK models? It’s not ideal, sure, but every time Top Gear features a car like this in a challenge, it piques interest in the model, and that feeds into in our hobby.

The real take away lesson here is… Forget what everyone else thinks!

At the end of the day it’s your car. So long as you buy the one you want, at a price you’re happy with then that’s all we can ask for.

Only you can decide which car is for you, and only you know how you intend to enjoy it.

Whether that’s taking it to Nepal or not.

For many of our customers, they buy a car from us because they are on their second time around. They owned the rough one, the high mile one, the one with questionable history… And this time they want the best example that money can buy.

Sure, you can buy a Peugeot 106 Rallye for £3,500, but if you want perfection, you’ll need slightly deeper pockets.

You’ll need to be quick though, Paddy McGuinness has been on the phone… said he’d spent some time with a high mile example and was looking for something to cherish…

Looking for an iconic Hot Hatch? Contact us with your requirements.