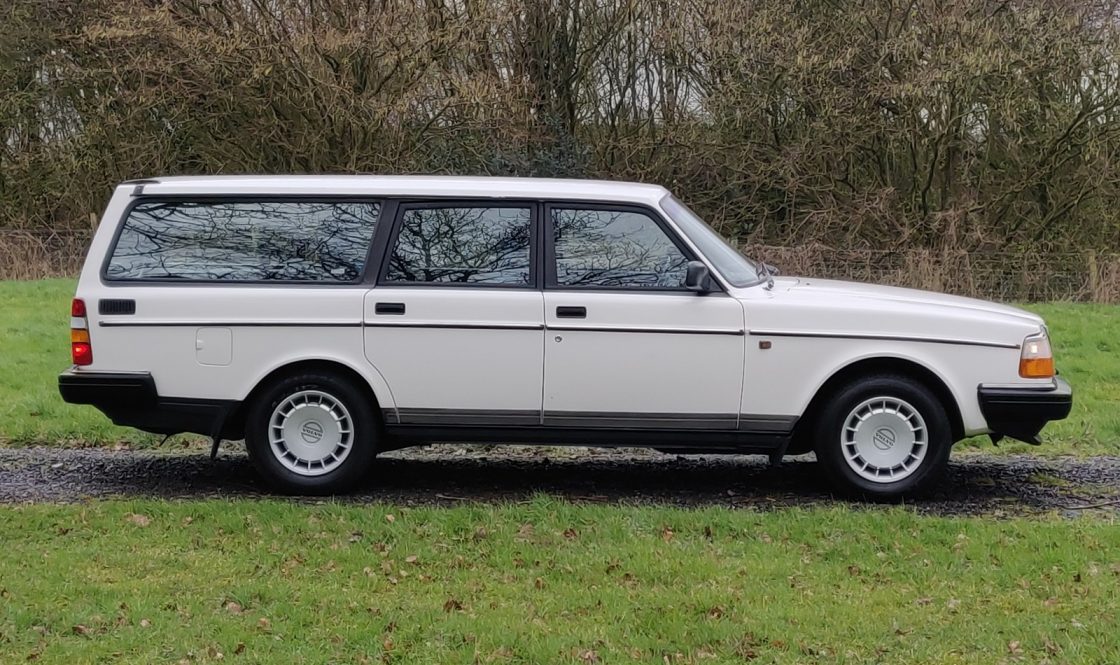 Our Volvo 240 dates from 1993, one of the very last of this iconic shape. The 240 series was just so good, Volvo couldn’t stop building it.

The final 240s rolled off the production line in 1993, 2 years after it’s successor the 850 was introduced in 1991. Buyers just couldn’t get enough of the boxy, solid design.

What’s incredible about this car is that production started in 1974, and it remained in production largely unchanged stylistically until 1993, that’s 19 years! It even outlast the Volvo 700 series (740, 760) that was supposed to replace it.

Now a staple of the classic car world, these 240s make the perfect practical classic. Mostly because cars don’t get much more practical and they don’t look much more classic!

As the old saying goes, if it won’t fit in it it’ll fit on it.

With a 5 speed gearbox and luxuries such as heated seats, this is one classic that’s ready for anything you can throw at it.

Beautiful, rare, and getting hard to find in this condition.

Got a boxy (or wedgy) Volvo to sell? Get in touch, we’re all ears!